The Effect of the Nationwide Walkout

In Fall of 2021, our team was approached by blue collar workers at large companies who were being mandated to receive the vaccine.  In many of these instances, a majority of the workers were NOT vaccinated. These employees were unhappy about the fact that their job and ability to feed their families was being conditioned on the taking of a jab.  They were also upset that, in many cases, they had given decades of their lives to companies that were then going to repay their loyalty by terminating them — often right before retirement — thus depriving them of their paychecks and benefits, as retaliation for their refusal to consent to an experimental medical protocol.

Our non-profit spearheaded getting these employee groups counsel and strategized the filing of lawsuits. See the Union Pacific complaint here, and the Pentax complaint here. Additionally, for workers that were not prohibited from going on strike, Leigh Dundas organized a Nationwide Walkout from November 8-11, 2021, which was joined and supported by Robert Kennedy, Jr., General Flynn, Dr. Simone Gold, and many others.

Within 48 hours of the announcement of the impending walkout online, the Biden Administration walked back the “deadline” for mandatory employee vaccination by a period of months.  And after a solid four days of striking by blue collar and white collar workers coast-to-coast which was NOT reported in main stream media — but which was nonetheless most successful — the federal courts began pausing the vaccine mandates.

To wit, at the end of the Nationwide Walkout Week, the courts finally got in the game: on Friday, November 12 of the Nationwide Walkout Week, the Fifth Circuit Court of Appeal ruled to stop Biden’s vaccine mandate for employers with more than 100 employees. Then, the Second Circuit Federal Court of Appeals ruled on November 28 to protect educators’ rights to file religious exemptions to vaccine mandates. Then two days later, another federal court ruled to halt healthcare worker mandates. Then, one day after that, on December 1, yet a different federal court ruled to halt the mandate for federal contractors (which was affirmed on January 6 by the Sixth Circuit Court of Appeals). Most recently, on January 13, 2022, the United States Supreme Court reaffirmed all of these rulings (with the exception of the healthcare worker mandate).

While it’s tempting to believe that the courts are finally “doing their jobs,” the reality is that courts of law always follow the “court of public opinion” — never forget that 100% of these favorable court rulings came after the employees walked out of employers who were mandating the jab. Economics is king — and it’s straight-up impossible for a capitalist society to work … without its workforce. A fact that was not lost on the federal court judges who were watching the dynamics of the grassroots push-back in the form of the Nationwide Walkout.

And for those who doubted the effect of the Nationwide Walkout, or couldn’t tell who won the bluffing game that the Administration was playing with the blue collar workers of this country? The proof is in the pudding: 100% of the court rulings began going against the Biden Administration AFTER the walkout, and two-and-a-half weeks after that same walkout, the FTC ordered Amazon, Kroger, Walmart, Tyson, Kraft-Heinz and other major retailers to pony up data as to why their shelves were bare and their prices were sky-high. In short, Biden played a game of chicken with the blue collar workers … and the workers won. 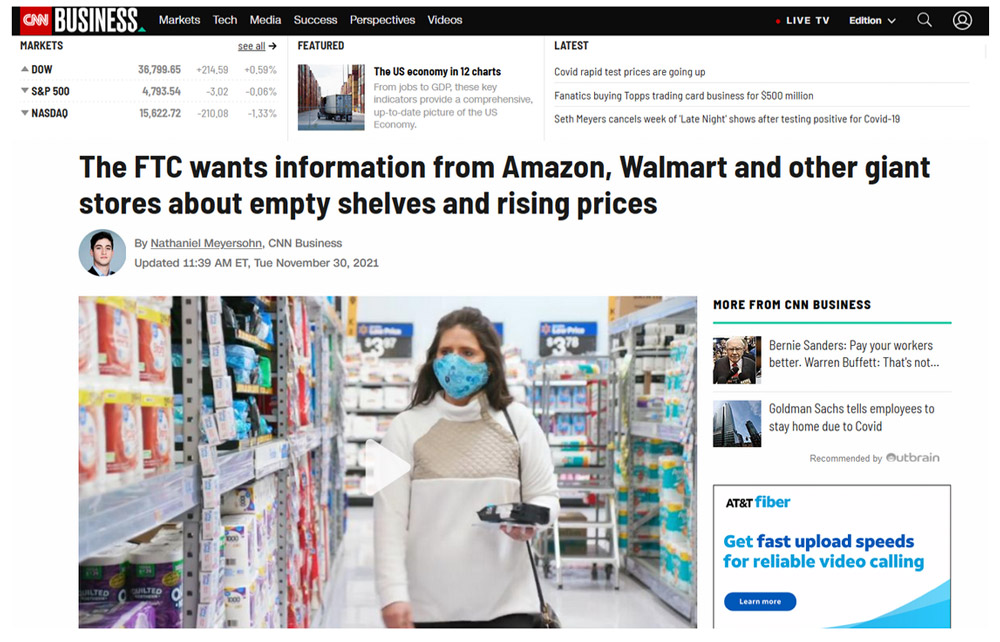