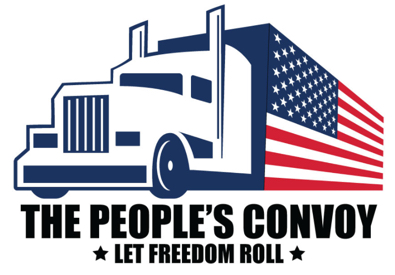 I just wanted to take a moment to recap what an honor and privilege is has been to work  with each of you, and the convoy. After you gentlemen first reached out some weeks back, it  became apparent that truckers in America were going to proceed in some form or fashion with a  caravan, and further that there could be no holding back that tide. And when we further understood  your stated goal of a 100% peaceful law-abiding journey that sought to end the mandates and states  of emergency – with which message we thoroughly concurred – we elected to come alongside you  in an effort to help make your launch as safe and successful as possible. As you may be aware, that  is one of the primary aims of our organization: to strategically assist others in their quest to defend  and forward freedom, worldwide.

To that end, our goal became to facilitate introductions to other groups and individuals,  which groups and persons would likely be able to provide resources you would need to create that  safe and successful journey. In particular, we wanted to provide you access to individuals with  resources and skill sets to ensure smooth coordination with local, state and federal law enforcement  agencies (LEAs) and law enforcement officers (LEOs), and connections to those who had the  logistical planning expertise for such a complex undertaking, as well as those who had the ability to  help get your message out, so that the masses would know to come out in support.

And support they did! The People’s Convoy has been, to date, a resounding success, as  evidenced by every single overpass between California and Indianapolis tonight being chock-a block full of Americans of every age waving flags and voicing their support for your message.  When The People’s Convoy got to Amarillo on Friday, February 25, to find that the overpasses  were full of not only people, but fire engines with uniformed fire-fighters standing atop their  vehicles flying flags, which engines were themselves parked next to multiple cranes suspending  huge American flags proudly welcoming us to the city – and to further find that the last 26 miles of  I-40 was five and ten people deep without gap or exception as the convoy headed into the heart of  the city for its rendezvous point – suffice to say that it was incontrovertibly apparent that the launch  had been an unequivocal success. America had clearly taken to heart the convoy’s message of  ending mandates and the states of emergency.

In looking back over the last seven and a half days, and acknowledging Oklahoma’s LEA’s  statement two days ago that the convoy was already 30 miles long and 7,000+ vehicles in number,  we can recognize that our goals listed below have been completely achieved:

(1) to help provide a safe launch by introducing the convoy to partners who could assist in  sourcing venues at which to stop each night;

(2) to help the convoy by introducing the addressees herein to Retired Naval Commander  Ray Alexander, whose former military service involved running supply chains and logistical  planning for similar endeavors while deployed in the Mid-East, and who was thus a near-perfect fit  to close the gap on convoy logistics – and who volunteered his time selflessly and exceedingly  competently for the last weeks, working 18 hours a day to secure locations and interface with local,  state, and federal LEO’s and municipal officials to ensure smooth passage of the convoy through  highways and rest points;

(3) to help the convoy by introducing other individuals and resources who could come  alongside and donate top-notch security teams to do truck-bed inspections and perimeter defense  nightly, as well as interface with LEOs in weeding out any would-be problem actors in order to  ensure the safety of each trucker and participant and the convoy as a whole; and, lastly

As I know you are aware, it was nothing short of heartwarming to reflect tonight on the  convoy’s safe passage over 1,900+ miles which (as intended) occurred 100% peacefully and safely.  And to further note how warmly the convoy was greeted at every turn by state governors, state  attorneys general, mayors, city commissioners, and first responders – many of whom came out and  spoke in official support of the convoy’s message of ending mandates and states of emergency  through peaceful caravanning – and last, but definitely not least, by Americans themselves … of  every color, creed, age, political denomination and vaccination status … who believe in this  country, in freedom and liberty, and who also clearly believe that it’s time to jumpstart our  economy with zero restrictions on employment, commerce or travel.

As you are aware, from our perspective and that of others to whom we introduced the  convoy, it was always non-negotiable to us that we would provide our support on the condition that  the convoy NOT go into Washing ton D.C. or surrounding areas. It was communicated to you that  our assistance was contingent on the foregoing. After Bob Bolus’ unfortunate statements some days  ago about his unrelated convoy wanting to e.g., “strangle DC like an anaconda by bringing his  convoy to the beltway” – and the resultant, though not unexpected, response of LEOs and LEAs in  the D.C. vicinity escalating to higher alert status while deploying the National Guard and also  reportedly setting up 50,000 detainment tents for any misguided would-be actors – even circling the  beltway became a hard no-go from our perspective. While we understand that many (and we would  hope, all) participants in The People’s Convoy are of a similar mind to us in terms of avoiding DC  proper and the beltway, we are also cognizant that other new truckers and new convoys have joined  The People’s Convoy over the last 24 hours – at a rate that was unexpected and exponential – and  we are further aware that not all of these individuals appear to be on the same page of categorically  avoiding circling the beltway and avoiding D.C. proper.

Gentlemen, I feel it is my duty to reiterate to you that to the extent that you are participating  in a convoy whose final destination is Washington D.C. proper, the beltway, or areas quite proximal  to these destinations or roadways, you are making an immeasurable mistake. The goodwill and strength of the message that has been built will be eviscerated, and more importantly, shutting down  transportation routes whether intentionally or accidentally in the Washington D.C. area will  undoubtedly put people’s lives in danger. Any escalation of a situation between The People’s  Convoy (and other participants) and law enforcement agencies and/or the National Guard (should  any escalation occur), could rapidly proceed to harrowing proportions, and leave a lasting stain on  this movement and you gentlemen in particular. Recent history has shown us that movements which  either intentionally or negligently are allowed to be taken to extreme lengths can negatively impact  the lives of the participants forever, and also regrettably embolden and strengthen public opinions against the movement’s participants and their laudable goals. To be frank, there are no positive  outcomes to the proposed actions of any participants affiliated with your convoy who are either  proposing or intending to go near D.C. proper or the beltway in coming days.

Given this, and further given that all of our objectives of a successful launch have as of this evening in Indianapolis now been achieved – as well as our goal of sharing with the convoy our humble thoughts to steer toward safer paths and away from needlessly risky or escalating paths in the D.C. vicinity – we take our leave and wish you well in future endeavors.1

1 This letter was authored after receipt of information in the late evening of March 2, 2022 and through the early  morning hours of March 3, but was not sent (due to my unavailability while traveling the next day) until the morning of  March 4, 2022. Former Naval Commander Ray Alexander did briefly continue onward volunteering his time as the  advance team (between Wednesday evening and this Friday morning), in an effort to transfer the baton smoothly on the  logistics and venue-sourcing front, but as of this morning, had to return home to California to attend to family matters.  He wishes the convoy a safe and successful journey in whatever path they elect to take after departing Ohio this  morning. Similarly, the gentlemen working security prior to the date of this letter and the individuals working on  website updates prior to transmission of this letter are aware that the baton has been passed to others to carry forward  this work, and they also wish you well in your future path. 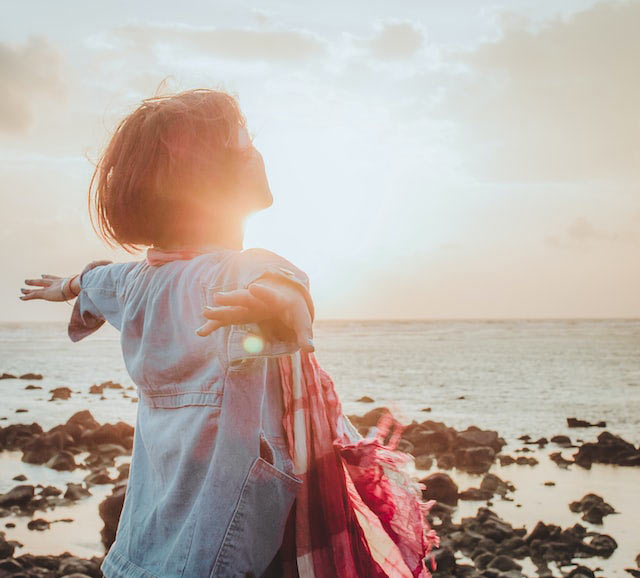