Power Of The People 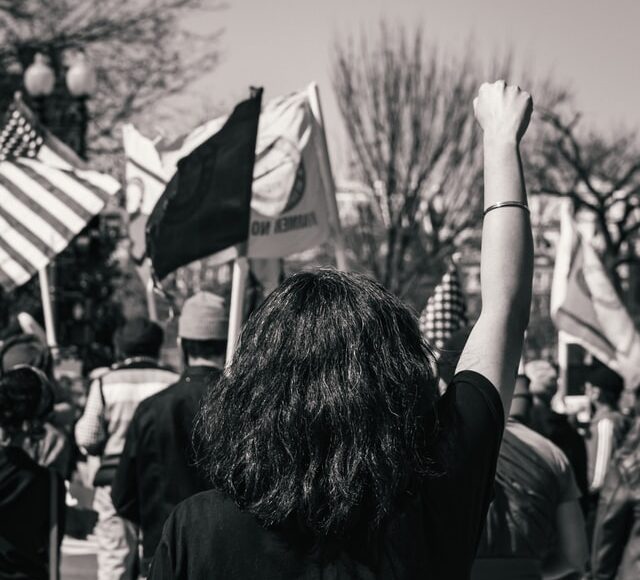 We the people have always had the power

Freedom Fighter Nation is a DBA of Advocates for Citizens’ Rights, a California 501(c)(3) non-profit corporation dedicated to protecting individual’s civil liberties and privacy rights. We believe that all Americans have a fundamental right to the freedoms guaranteed by the United States Constitution, and that citizens worldwide — regardless of country of origin or current residence — possess basic human rights that may not be abridged, nullified or canceled.

Freedom Fighter Nation is committed to safeguarding these rights, and defending basic freedoms against unjust state action, and unwarranted infringements by government. Our mission is to ensure that individual state actors and governments act in a way that comports with state and federal constitutions, black-letter law, and international codes of conduct like the Nuremberg Code and the Universal Declaration of Human Rights. When a government attempts to violate people’s fundamental rights through dictatorial decrees disguised as executive orders, or via unlawful legislation or mandates or court opinions, our team springs into action.

Our advocacy side engages in legal battles and strategic cease-and-desist actions, while our Nation of Freedom Fighters mobilizes to bring grassroots awareness and on-the-ground initiatives to push back against — and defeat — state actors that are acting unlawfully. Our legion of Freedom Fighters has done this successfully for many months, even prior to organizing as a Nation: together we opened up locked down counties, defeated digital vaccination passports, defeated mandates with Nationwide Walkouts, pressured the FAA into revisiting the aviation industry’s decision to ignore long-standing federal rules that prohibit pilots from flying with products not-yet approved by the FDA (lest those products harm the pilots and endanger the flying public’s safety), and we organized parents to defeat school board mandates regarding masks and vaccines.

While it is unfortunate that we are living in a time when both executive orders and legislation seek to erode basic fundamental rights, the reality is that we — the people — have the power.

Indeed, we the people have always had the power.

Leaders serve at our pleasure: they work for us. When a government becomes destructive of basic human rights and freedoms, as our Founding Fathers noted, it is the “right of the people to alter or abolish” that tyrannical government. And “when a long train of abuses and usurpations … evinces a design to reduce them under absolute despotism,” it is the people’s right — indeed “it is their duty, to throw off such Government, and to provide new guards for their future security.”

The days and weeks of 2020 and 2021 were not easy, and they are not yet over. But as Churchill intimated, the wrong thing to do would be to stop fighting for a restoration of Freedom — his exact words were “when in Hell, keep going.” And keep going we must: we must remain ever-vigilant, because as Martin Luther King, Jr. said: “Injustice anywhere is a threat to justice everywhere.” Never doubt, my friends, that we WILL succeed. Margaret Mead once famously and truthfully stated: “Never doubt that a small group of thoughtful, committed citizens can change the world: indeed, it’s the only thing that ever has.”

FDR and Churchill are not coming to our rescue this time around: I firmly believe we are facing a Second Holocaust because we did not fully learn the lessons the first time around. Allowing others to ride to the rescue — as so many did at the end of WWII — is definitely better than succumbing, but it is not the highest realization of consciousness and human-ness. We must learn to fight our own battles. We must learn to call out injustice and not stand for it. We must learn to be the leaders.

At Freedom Fighter Nation, I firmly believe we ARE the heroes we’ve been waiting for. I believe that mothers, and fathers, and grandparents, and teenagers and exuberant children will come together and realize that there is no magic certificate they need to hold, no profession they need have worked in, no degree they need to attain — no talent they need have been born with — to rise up and protect their basic human rights.

The lie that is told is that we need something outside of us to begin. The truth is that WE are enough. We were ALWAYS enough. The path to winning begins with you, with us: taking that first step to lawfully defeat injustice and protect Freedom, in whatever context or form it may appear… and using whatever skills or intuitions or desires rise up in you.